We’re here to support you every step of the way!

Our friendly challenge events team are on hand to offer advice and support to help you prepare for your adventure and to reach your D-Day Challenge goal.

A challenge you won't forget!

The route starts at the Pointe du Hoc. This is where Colonel Rudder led an elite group of 200 rangers up the chalk cliffs using ropes and ladders. After dispatching the German sentries at the top of the cliff, their mission was to find and destroy large battery guns. This action was crucial as these large guns were capable of firing shells several miles out to sea and would therefore have claimed many men’s lives who would be arriving at Utah beach the following morning. After destroying the guns, but alerting a large German infantry force, Colonel Rudder and his men fought bravely with their backs to the sea and suffered large casualties, not only at the hands of the German infantry force but also due to friendly fire coming from naval ships at sea. Colonel Rudder and 30 of his men survived the mission. 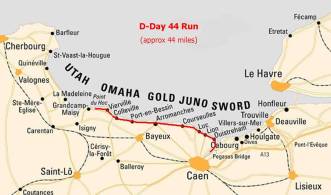 From the Pointe du Hoc, we head east with the sea on our left beating up against the rocks below. Immediately the striking countryside takes hold as you run through crop fields, passing evidence of the German defensive line in the form of concrete bunkers and the occasional burnt out WWII vehicle.

As we head down towards Arromanches 22 mile participants then begin their challenge and join the 44 mile runners. As we head down to the small Norman village there is an incredible descent as we look out to sea. You will get fantastic views of the emotive scene of what is left of the Mulberry harbours. These were huge sections of floating concrete roads dragged across from Britain and fastened together at Arromanches forming a temporary harbour for ships to unload their cargo in support of the soldiers who had recently landed on the beaches. Over 19 million tonnes of supplies were off-loaded at the Mulberry Harbour of Arromanches. 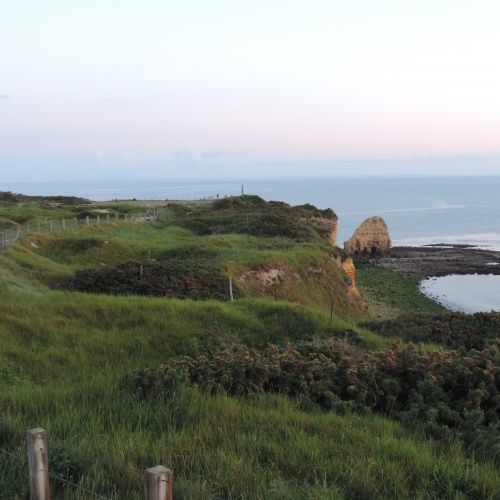 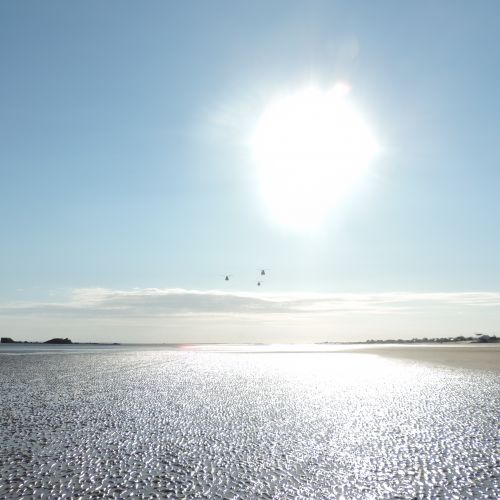 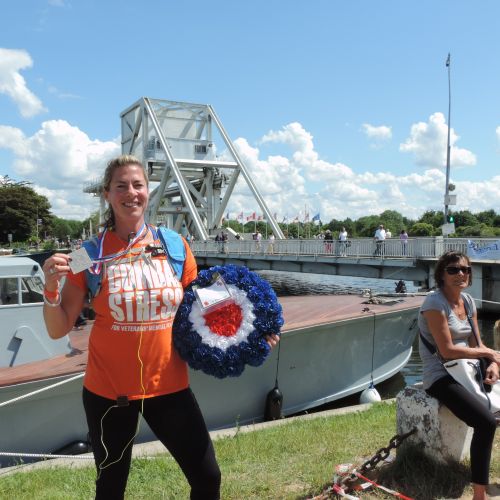 The route then continues to Ouistreham where the course heads south along the Orne canal. Pegasus Bridge looms up ahead, its structure an icon of the first few hours of the D-Day invasion. It was here where Horsa gliders, part of the three airborne divisions deployed during the night of June 5th, landed 50 metres away from the canal bridge. The gliders broke up on impact as they hit the field and soldiers scrambled out through the broken sides. Led by Lieutenant Brotheridge, the small platoon of commandos (the Oxfordshire and Buckinghamshire light infantry) charged across the bridge. Their mission was to take it intact in order to aid the main landing force which would be arriving in the morning at Sword Beach. But by the time Brotheridges’s platoon reached Pegasus Bridge, the German guards had got themselves organised enough to open fire. Brotheridge was the first casualty of D-Day after being mortally wounded from a shot through the neck. The bridge was quickly over-run with reinforcements in the form of charging Willis Jeeps fitted with Browning machine guns.

It is here at Pegasus Bridge that the epic D-Day 44 Challenge concludes. On arrival at the finish line you will be greeted with a celebratory drink and some well earnt food. Our overnight accommodation is a short journey from the finish line.

We've allowed generous cust off time for the D-Day Challenge which are: 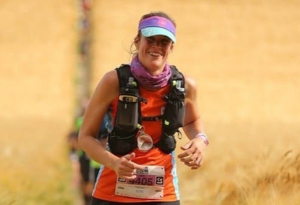 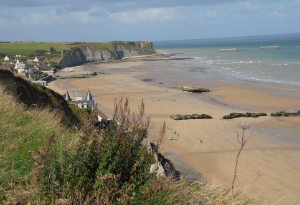 Run across the five beaches of Utah, Omaha, Gold, Sword and Juno 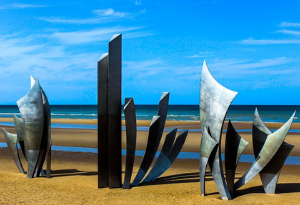 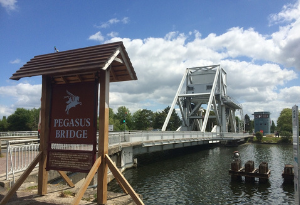 A spectacular finish at Pegasus Bridge

We have ideas, hints, tips, downloads, and words of advice in our fundraising pack and other useful downloadable resources to help you reach your D-Day Challenge fundraising goal. And remember, if you need any further help or advice get in touch, we are here to help!

The funds and awareness you raise from your challenge will help us provide life changing treatment to the veterans who turn to us. 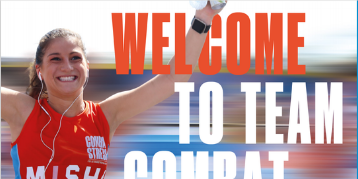 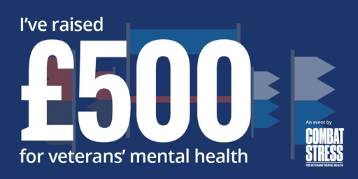 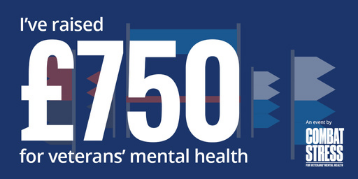 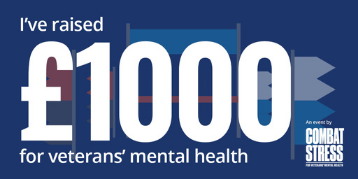 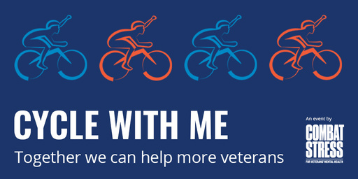 Cycle with me DDay 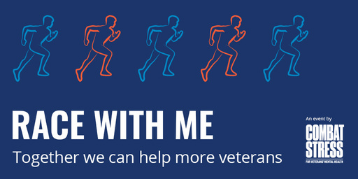 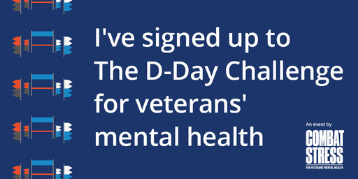 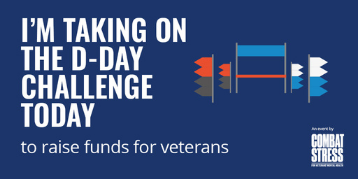 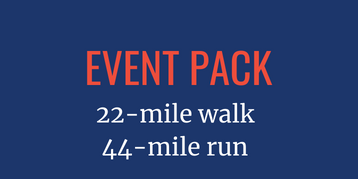 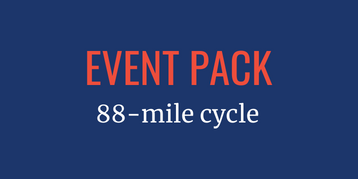 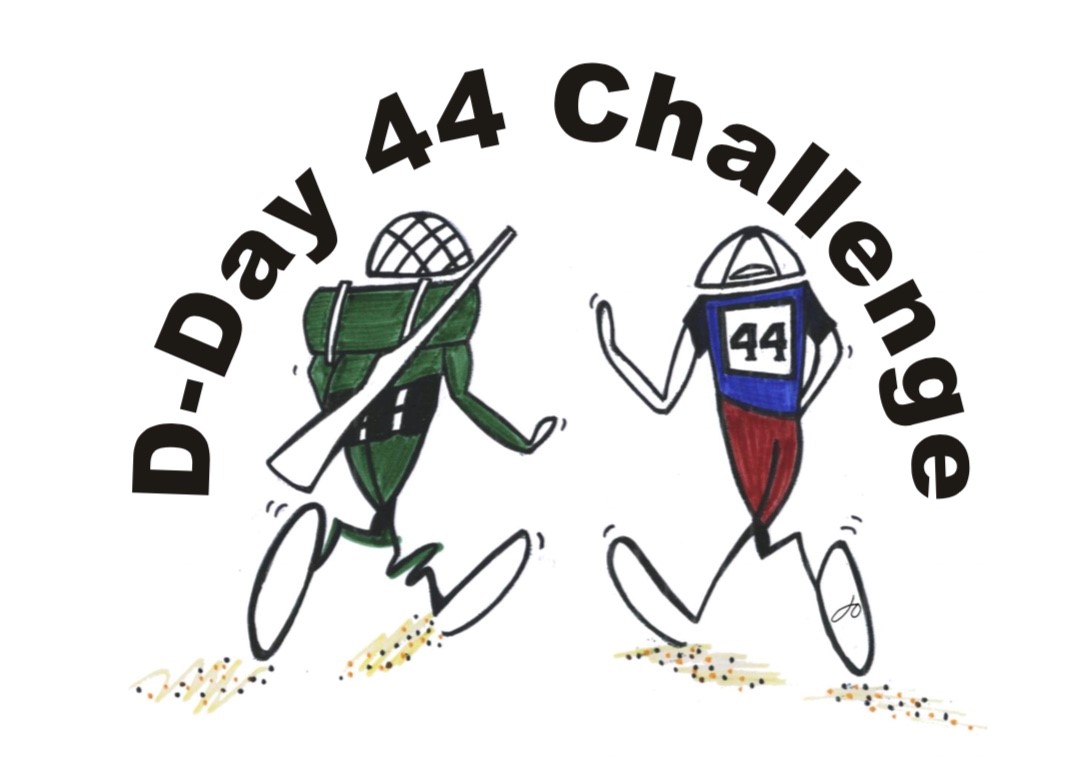